CHOICE Angus’ 4th annual Yearling Bull Sale was a roaring success yesterday, with a $9500 top reached three times and a full clearance of 47 bulls for a $7681 average. 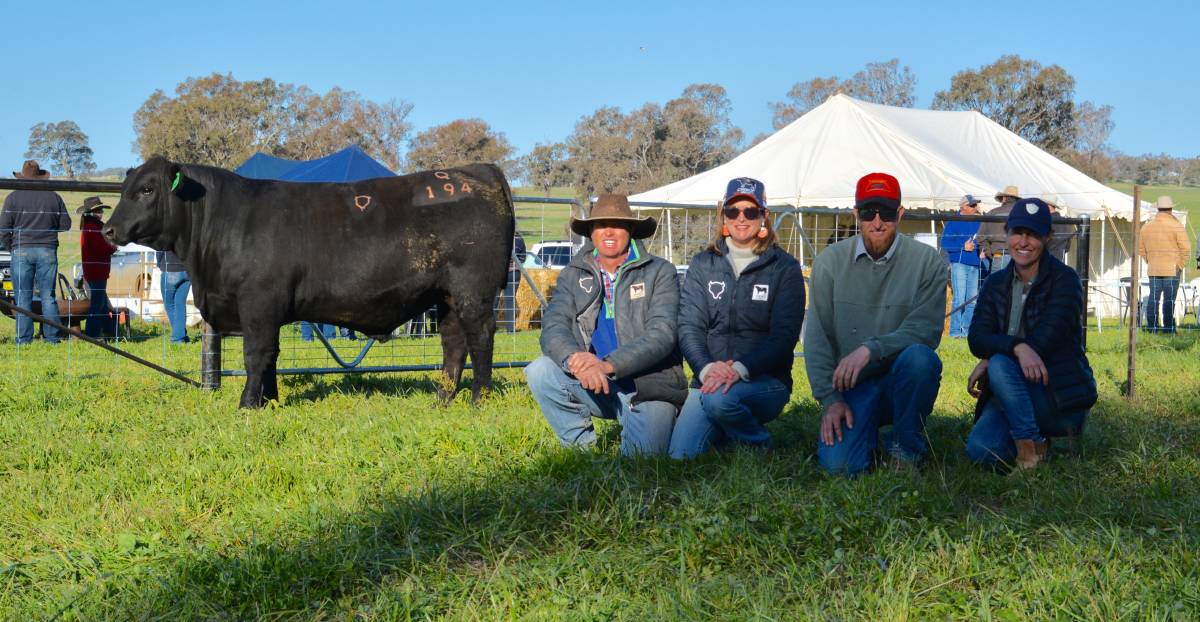 Among the crowd of people in attendance were first time buyers Louise Turner and Matthew Fletcher of Turner Family Trust, Cowra, who purchased three bulls, including Choice Q194 one of the $9500 equal top-priced bulls.

Sired by S Chisum 255 and out of a Te Mania Emperor E343 daughter, he stood out phenotypically and was selected as a heifer bull to use within the Turner family’s commercial self-replacing Angus operation, consisting of around 130 breeders.

Steers are targeted to the feeder market, with the aim of getting them to the 400kg mark before selling direct to feedlots. Heifers are retained as replacements.

With growth, fats and gestation length figures in the top 25pc of the breed, and a calving ease estimated breeding value (EBV) of +9.9 ranking him top 5pc, he was described as a bull suitable for heifers.

Yearling bulls were a favourable choice for many buyers, with most purchasing at least two bulls to add to their sire batteries.